Bastille Nation tells the story of an attempt to reform the French prison system, resulting in the passing of a penitentiary law at the end of 2009. This law had been ten years in the making, and was presented as the culmination of the modernization and humanization of the French prison system. The law was challenged by political parties, unions, associations and human rights groups. Yet, despite this opposition, the prison administration went about recovering its position of expertise in the face of this vocal criticism.

Unresolved points of conflict still exist and continue to shift. The persistence of activist groups, official authorities and opposition parties has allowed prisoners to continue to challenge the system. By contributing to the study of the various means by which prisoners make demands and subjectify themselves, this book also recounts the history of prisons on the outside as well as on the inside, casting light on both the juxtaposition of voices and their unequal power relationship. 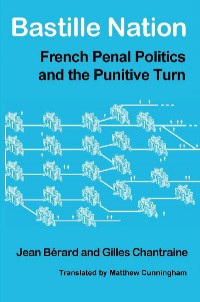